Auction sales are a great way to make some extra income and share valuable art and artifacts with collectors who will value them. When most people think of auctions, they picture antique paintings, Victorian-era furniture, and family heirlooms. These are all great items to sell at an auction, but there is a broad market in the auction world that most people aren’t aware of.

Instruments range in quality from the plastic recorder you learned to play in kindergarten, to antique, handcrafted violins made from maple in the 1700s. The latter can fetch a high price tag at auction sales. If you the owner of an antique instrument passed down to you through many generations, getting your instrument appraised is a great idea. If you don’t use your antique piano or violin, consigning it to an auctioneer could generate income for you, and give a virtuoso or collector a chance to enjoy a beautifully crafted, valuable musical instrument. 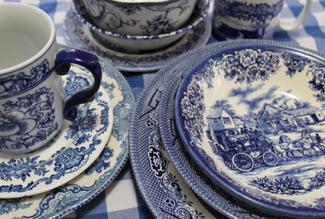 No, not the camping plates you took to the annual family Labor Day cookout. Antique housewares such as sterling silver tea sets, beer steins, porcelain sets, and ceramics are widely popular among collectors. Many antique enthusiasts are passionate about goods made during a certain era they are interested in, such as the late 1800s or the Depression era. In these cases, items that you may not think of as valuable are highly prized at auction sales. For example, if you own an antique German beer stein, it could be valued at over one thousand dollars, depending upon the era and art subject the collector is interested in. Firkins are also an example of seemingly ordinary items that can fetch a pretty penny at auction sales. The firkin is a storage container that was used by the Shakers in New England during the 18th and 19th century. They are handcrafted out of wood and sometimes metal. Although firkins are not made of precious metals, like sterling silver, they are valuable to collectors interested in Americana from that specific period. Depending upon quality, they can be priced at five hundred dollars or more. If you have mysterious antique containers or dishware lying around, it may be worth an investigation into their history, because they could be valuable at an auction.

Laws regarding firearm sales differ by state, but many places have guidelines that allow for the sale of firearms through an auction if the auctioneer is licensed. If you have shotguns, handguns, or rifles that you don’t use, they can be valuable items for bid. Specifically, firearms from specific periods of history, such as World War II, are popular with collectors. The Mauser K98 high turret mount sniper rifle manufactured in 1943, for example, is priced at over $15,000 in some markets.

Tobacco pipes have been used for thousands of years by cultures around the world, from the ancient Greeks to Native Americans. Valuable tobacco pipes are generally handcrafted from carved wood or ivory, or precious metals like silver. Long-stemmed pipes were generally used in ceremonial or religious events by Native Americans, or traditionally to smoke opium in Southeast Asia. Some Native American tobacco pipes sell at auctions for hundreds of dollars, especially if they are hand carved or include glass beadwork.

The art of preserving animals- seems like a niche interest, right? It certainly is, but that doesn’t mean it isn’t valuable. Bids for well-crafted taxidermy of animals like elk can start at $400, while bids for exotic game animal taxidermy, such as lion skin rugs, can start at $1,000 at the low end. Taxidermy is not something that most people have lying around the house unless they enjoy hunting or specialize in the art of preserving game. However, if you are looking to get rid of old hunting trophies or decor, an auction sale is a great place to start.

Four Seasons Auction Gallery specializes in connecting collectors with rare and valuable items from estates and liquidations. If you are interested in having items appraised, our expert team can help. If you are looking to buy, we have a wide variety of goods, from motorcycles to art. Auction sales are an exciting, ever-evolving market for selling and finding collectibles and antiques. Contact us today at 470-589-1653.

We're not around right now. But you can send us an email and we'll get back to you, asap.